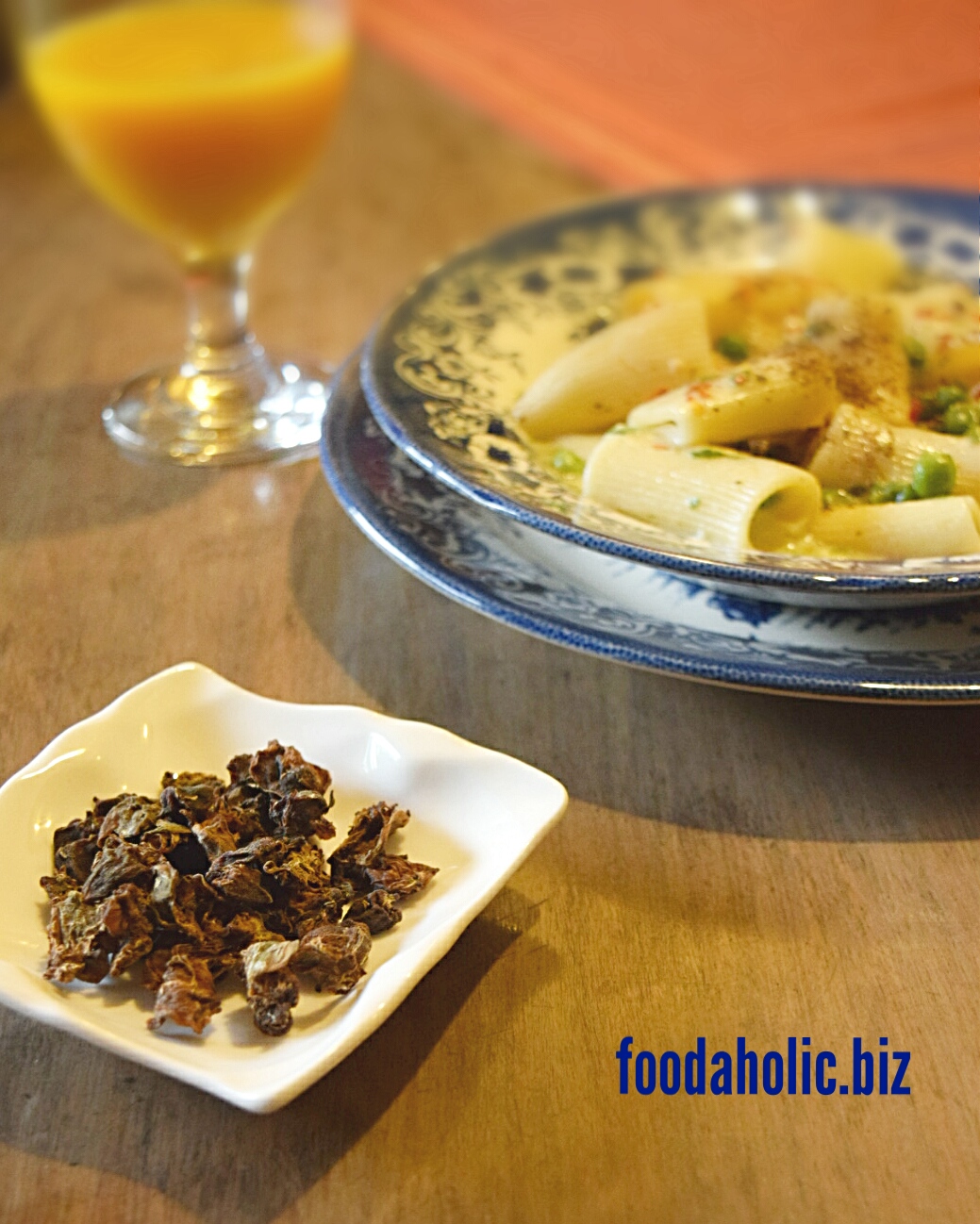 Chitral – the Land of Fruits and Flowers:

Before visiting Chitral, I had a very different idea of the place. I thought it would consist of mostly tall, dark, barren mountains – kind of like the moonscape. Well, my idea wasn’t completely wrong because in many places it did look the rough surface of moon but the quaint little villages in the valley are surrounded by lush green fields and beautiful orchards. We plucked and enjoyed fresh blackberries, mulberries and apples and saw walnuts, pomegranates and grapes coming to fruit, photographed dozens of gorgeous flowers and discovered a whole new cooking ingredient – kavir.

Are you familiar with capers? Capers are the edible buds and fruit (caper berries) of Flinders Rose that are frequently used in the Mediterranean cuisine as garnish or stirred into pastas and salads. These capers are salted and pickled and have a strong flavour kick – one of the essential ingredients of our all time favourite tartar sauce.

Dried caper flowers – a whole new discovery for me. I didn’t know that we grew capers bush in Pakistan till our host in Chitral introduced us to a Kavir which is the dried caper flower. We were told that these caper bushes are a wild growth in the area. Local people pluck the flowers, soak them in water for three days, changing the water every day and then dry them under the sun. These dried flowers have quite a pungent smell and strong flavour and that’s what makes them such an interesting addition to many recipes.

Many Delicious Uses of Kavir:

I was naturally very curious to find these dried flowers and couldn’t wait to try in different recipes on coming back home. Our guide told us that they add kavir to many lentils and meat soups and stews. He was kind enough to share a simple local recipe of meat stew to which kavir is added.

Traditional Chitrali Meat Soup with Kavir
This is a very basic and simple outline of a recipe that was shared by our local guide. You can make a meat/vegetable/lentils soup or stew as you usually prefer with the spices you like and add kavir this way at the end for flavour boost.

Soak 2-3 dried kavir flowers in a cup of water, set aside. Add meat or lentils to a pan, fry in apricot oil (the most commonly used cooking oil in Chitral and Hunza), butter or any cooking oil. Add salt, turmeric, black pepper, ginger, garlic, onions and tomatoes. Add water and let the stew simmer till the meat and lentils are done. Simmer, covered, on low heat until meat is tender. Discard the capers that were soaked in the water, add the flavour infused water to the soup. Cook another few minutes and serve hot with bread.

My Experiments with Kavir
The dried kavir flowers kind of look like any other whole spice (star anise, cinnamon, cloves, etc) that we use in our cooking frequently. That gave me the idea to grind it, instead of soaking in water, and then simply add the powdered form to my stews and curries. I’ve already tried it in my Matar Keema and Degi Aloo Gosht recipes this way and it worked awesomely!

That gave me some confidence to simply sprinkle the ground kavir over my pastas and salads. It really gave a flavour boost to my Spaghetti in Chicken and Spinach Sauce and Curried Chicken Pasta Salad. So now it has become quite a favourite condiment on the dinning table, alongside garlic salt and pepper.

We are sprinkling it over fried eggs and toasted cottage cheese, stirring it into soups and daal, even kneading it into our bread doughs.

These wild caper flowers are believed to have a wealth of health benefits, besides being excellent flavour enhancers. The above mentioned meat soup is especially very popular among local people in the summer as kavir is supposed to have a cooling and blood thinning affect.

It has abundance of cancer fighting antioxidants and shows promise for reduced risk of heart disease when added to meals, particularly meals rich in meats.

2 Replies to “Chitrali Kavir, Uses and Benefits of Caper Flower”