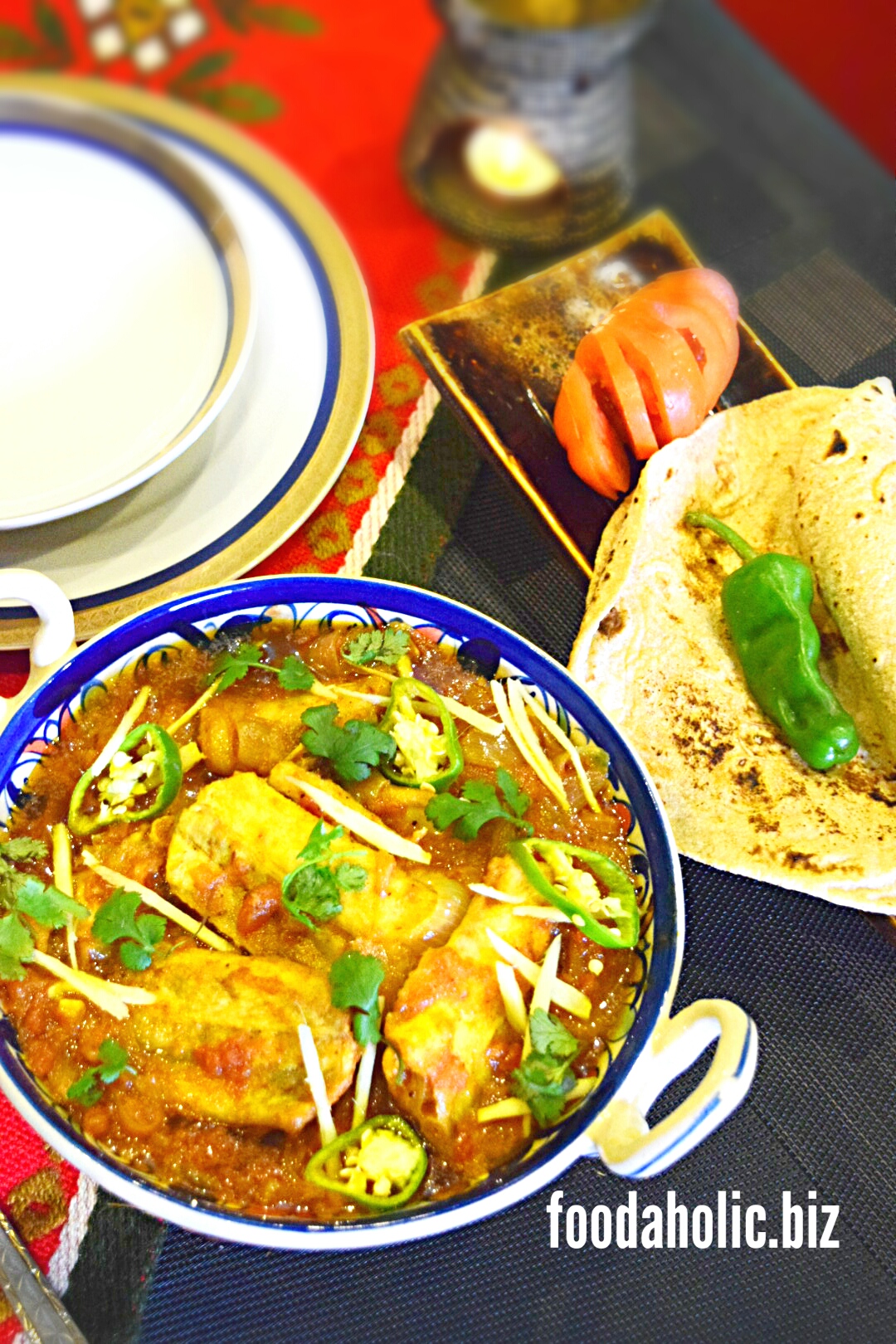 “Don’t fear failure so much that you refuse to try new things. The saddest summary of a life contains three descriptions: could have, might have, and should have”. – Louis E. Boone

Chicken karahi is one of the most popular cuisines in Pakistan. Fish karahi recipe is a relatively new take on the same traditional dish.

“Karahi” is a heavy, round bottomed, cast iron wok which is used in South Asian cooking a lot, especially for deep frying and masala gravies.

Recently, fish has replaced chicken and red meat in many traditional recipes, such as pulao, biryani, qorma and karahi. The tricky part with fish in fish karahi is that you can’t overcook it or stir it too much. As it disintegrates very easily, choose a fish with firm meat for this recipe, and instead of using a spoon to stir it, just give the cooking pot a swirl.

Rub in 1/2 teaspoon salt and lemon juice on the pieces of fish. Set aside for 10-15 minutes.

Heat oil in a wok or medium frying pan on medium-high heat, fry the fish for 3-4 minutes or till seared on outside.

Uncover, add fish to the masala, gently mix with the masala once, cook another 5-6 minutes till all the extra liquid from the masala evaporates and masala thickens.

Enjoy and don’t forget to leave your feedback 🙂