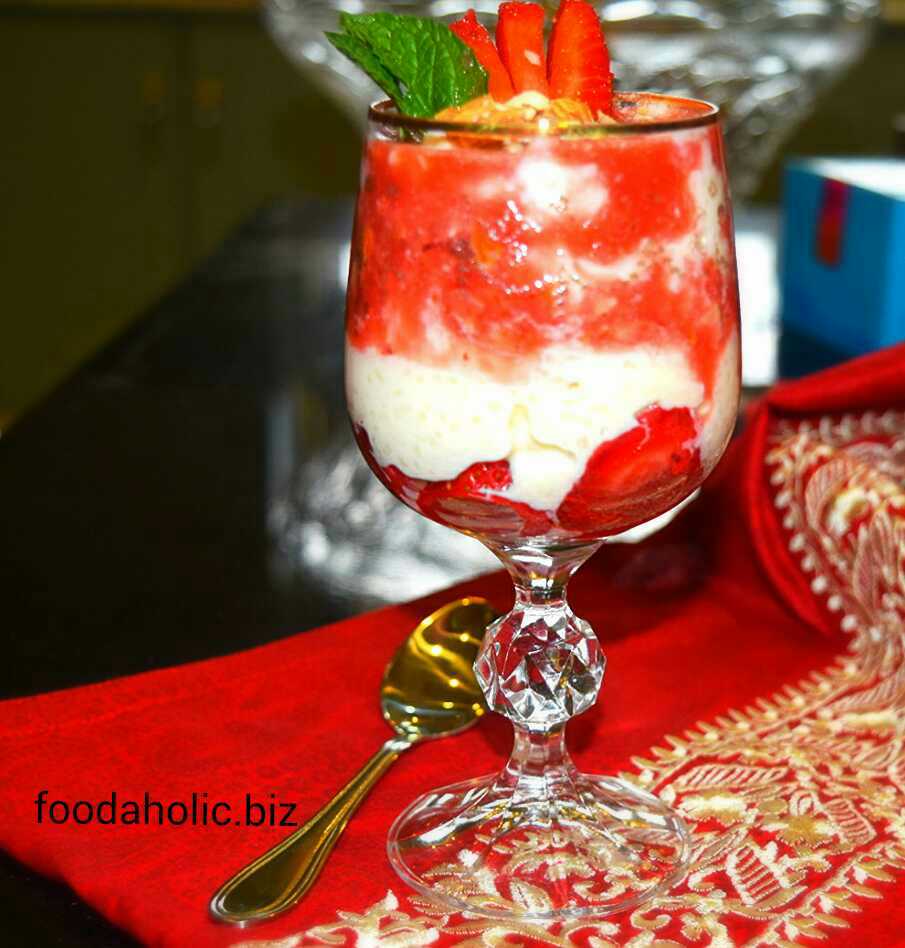 “I don’t know- maybe the world has two different kinds of people, and for one the world is this logical, rice pudding place, and for the other it’s all hit-or-miss macaroni gratin” .
Haruki Murakami

Some version or other of Rice pudding is found in every corner of the world because it’s an easy to prepare, economical and comforting dish. Be it Middle Eastern Muhalibiyya, South Asian Kheer and Firni, Portuguese Arroz Doce, or Norwegian Riskrem; cooked with or without eggs, butter or cream, milk or coconut milk, baked or stirred in a saucepan, rice pudding has been a part of popular cuisine for centuries.

In some parts of the world it is considered a festive dessert, in others a plain and simple food.
This recipe for Rice Pudding Parfait is a celebration of all these traditions and an attempt to glamorise good old rice pudding. I love to create new recipes out of fusion of techniques and flavours adapted from different cultures. The rice pudding here is cooked the same way as we cook Kheer in Pakistan but instead of cardamom I flavoured it with cinnamon, star anise and vanilla. When I tasted the hot pudding as soon as it was done, I wondered why I hadn’t done it ever before! It tasted and smelled simply divine!

To add a little style to comfort, I decided to serve it in individual glasses as a North American style parfait; served in tall glasses with layers of creamy pudding, crushed nuts and a fruit preparation of some sort. Coulis appeared to be a suitable choice to add fruity goodness and freshness to the dessert. Coulis is a thick sauce of French origin, made from puréed and strained fruits or vegetables. I chose strawberries because they are in season, bursting with flavour and I love their colour! You can choose any other juicy fruit of your choice too. I’m sure mango would taste equally amazing and if you are making rice pudding with coconut milk then nothing like pineapple to contrast the flavours.

Cook rice in 1+1/2 cup water till they are almost done. Break them up with your stirring spoon into a mishmash.

When the pudding begins to thicken up, there are high chances of it catching at the bottom of the pan. Keep an eye and stir more vigilantly at this stage. It should be thick enough to coat the back of spoon.

Remove from heat and once it comes down to room temperature, refrigerate to chill.

For strawberry coulis, squish strawberries roughly with a fork to release some of the juice. Add strawberries, their juice, sugar and lemon juice/balsamic vinegar to a saucepan.

Cook till the sugar dissolves and strawberries soften.

Purée in an electric blender to a smooth sauce.

For assembling the parfait, cut strawberries into chunks and place a few pieces at the bottom of tall glasses.

Add a few tablespoonful of rice pudding, pour some strawberry coulis, sprinkle some almonds. Repeat for another layer. Top with whole strawberry and mint leaves.